At Trane Technologies, we dare to do things differently by constantly pushing boundaries and embracing innovation that can have a positive impact on our planet – and everyone on it.

Through Operation Possible, our employee-powered innovation program, everyone has the opportunity to boldly challenge what’s possible for a sustainable world. For engineering manager, Arun Doraisami, the role he chose to take with Operation Possible wasn’t to submit an idea of his own. It was to encourage others to get join in and collaborate. Thanks to his energy and enthusiasm, the submission of creative ideas to tackle the growing issue of plastic pollution surged – enriching the experience and innovation. And Arun didn't stop there. He took the challenge home, knowing that his young son represents a new generation that can change habits and influence the development of more sustainable solutions. 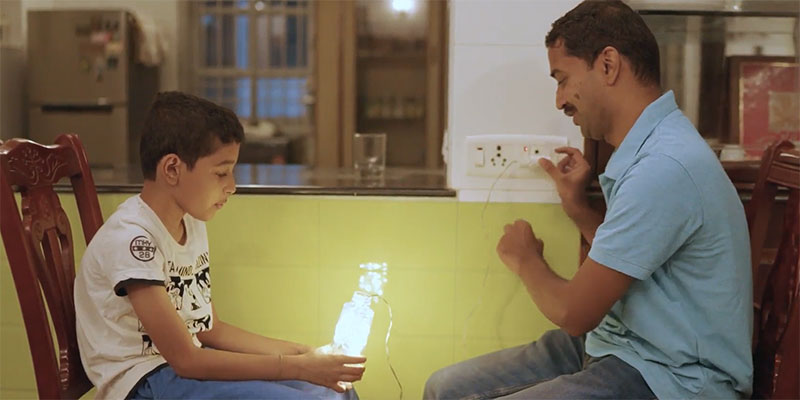 Why We Boldly Go – Sowing the Seeds of Collaboration and Innovation

When Operation Possible on plastics started, around the same time, my son was actually looking for a project, a school project, to look at how do we reduce plastics in our day to day life. So this gave me an opportunity to start digging deep into how do I reduce my consumption of plastic as an individual? And how do we do it as a group, as a family? And how do we do it at the company as well.

So initially, when I started looking into Operation Possible, I wanted to post a lot of new ideas. But when I got into the platform, I found that some of the ideas that I had were already posted by someone. It may not be exactly the same, but quite similar ones. And I started to see that rather than posting new ideas, I will be more valuable in providing comments to existing ideas. That way, I could encourage the people who are posting ideas to post more, and then try to see if they could make a better idea out of it. So this started an effect where lots and lots of people started joining in.

So when we started it, well, it was about 10 people who were actually posting ideas and reviewing it. By the few weeks, it was already crossing 1000s. A lot of the ideas that came in from people were mostly for household, which could easily be implemented at our home. I have been working with, basically, with my son and some of the actions that he took, after looking at those ideas were to see how he could reduce the usage of plastics on his day to day activities. In that way he got interested in the whole project.

In terms of the three R's, you'll get to see a triangle that says reduce, reuse, recycle, that's more prominent. But one area that we tend to over see right is the repurposing. In order to do that it requires a bit of creativity. And I saw that the kids actually have the creativity. So when they are given something to do with a product, they always try to find other ways of using it.

For example, to use plastic bottles, we thought we could make some art out of it. So basically take these LED strip light, and then make a study lamp out of this. This could be done by a kid and he's happy because he's able to make it. They want to make sure that the concept or the ideas, we see that very early.

At least we start to educate our kids so that they can be aware and as they grow up, they reduce their consumption overall throughout their lifetime. And this is the biggest impact that they can create on the planet Earth.

Learn more about how Operation Possible is harnessing the power of purpose and people to drive innovation at Trane Technologies.

Ready to push boundaries and innovate? Explore our opportunities and open roles. Join us as we boldy go.

Investing in the success of people includes building communities of belonging, advocacy and allyship. For our Black Employee Network, we're recognizing 10 years of progress and the need to continue.

Inspiring the Next Generation of Sustainability Leaders through STEM Education

To Close the Talent Gap in Manufacturing, Employers Need to Prove to Employees How Valued They Are

A spotlight on the shifting needs of the manufacturing workforce and the importance of investing in opportunities that match the demands of today.

Why We Boldly Go: Embracing Cultural Heritage to Live Authentically

Ana Llanos is empowered to bring her whole self to work, sharing her heritage with her team and advocating for diversity and inclusion—she also uplifts her community through STEM education.